Here it is, the latest instalment of the Halo franchise, the game that made the Xbox a success (probably) and they are still cashing in on the name. I am now starting to think it is loosely linked to Pirates of the Caribbean as they both had brilliant first instalments, followed by a trilogy that was pretty good and that’s where it should’ve stopped. However we got 2 more instalments that weren’t as good as the originals and now feel like the franchise is being cashed in on. Please note that this review contains spoiler alerts.

I’ll be honest, I did enjoy the first three games, especially the first one, Humans Vs the Covenant then suddenly the Flood intervenes and tries to mess everything up on the halo. Since Halo 4, the Flood and halos don’t seem to exist any more, in fact there are no halos in Halo 5. Instead of the Flood, we have the Prometheans, an ancient race that have their own weapons and unique fighting style. I don’t like them to be honest, the Flood had a somewhat zombie element about it, the Prometheans are just another Covenant but with better weapons (apart form the Plasma Sword and that is still in the game).

Nevertheless I started playing the game with an open mind and first things first, there is a new Spartan, Spartan Locke and he commands the team Osiris which contains Nathan Fillion so off to a brilliant start. But the storyline failed to grip me in any way. You play as Spartan Locke and the Master Chief throughout the game. Spartan Locke is brilliant leader and character, but the Master Chief seems to have changed, normally straight and to the point, does missions without being asked, however he decides to venture off and search for Cortana. 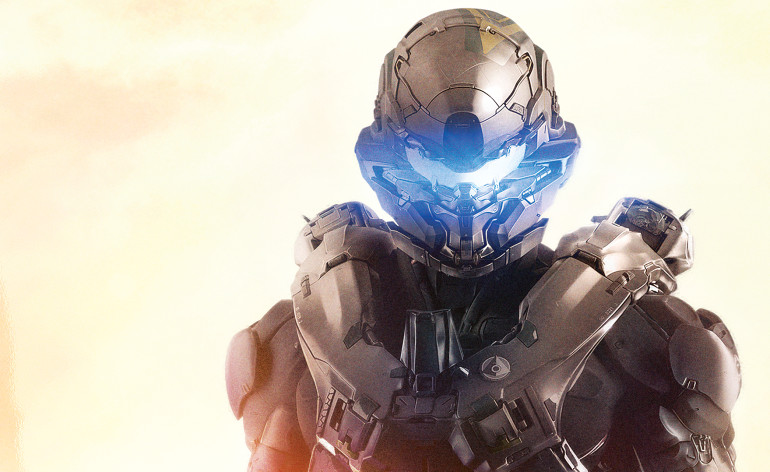 The gameplay is the standard Halo gameplay, you run around with 2 weapons battling through numerous enemies using a mixture of shooting, throwing grenades and punching aliens. Maybe stumble upon a vehicle or mounted weapon or too and utilise that to it’s full potential. The only new things about the gameplay is the ability to charge into enemies, which I saw as a bit of a copout to be honest. There are some new weapons or vehicles I think but nothing catches my eye.

There is a very good level on the Elite homeworld, but that’s about it. I found this very disappointing, only 1 decent level throughout the entire game. Plus the hint system is too easy to use, if you’re stuck, just press down and the game tells you where to go, they could’ve made it a bit more difficult to solve problems.

The only decent thing about the game is Spartan Locke, if there is a Halo 6, I hope we see more of him and less of the Chief. Looks like the baton has to be passed as 343 industries have Spartan Locke the new face of Halo. The multiplayer does save the game a little bit, there are the standard games modes, Team Slayer being my particular favourite, however Warzone has now been introduced. Warzone is where you have to establish a base and take over 3 markers before the enemy team does before attempting to wipe out their base. Throw in some boss fights and Covenant anarchy and it makes it very enjoyable. You also gain points when you are playing and you can purchase better weapons when you respawn. I have enjoyed playing this mode more than the actual game itself.

The rest of the multiplayer is pretty standard, however I do seem to be playing the same map over and over again, maybe a bug in the system that needs addressing. The power weapons (Sniper Rifle etc) seem to respawn at random moments but you are told when they do so you all rush in and try and obtain it. I find the Light Rifle to be a bit more useful, it is basically the Promethean Battle Rifle but with a bit more accuracy. 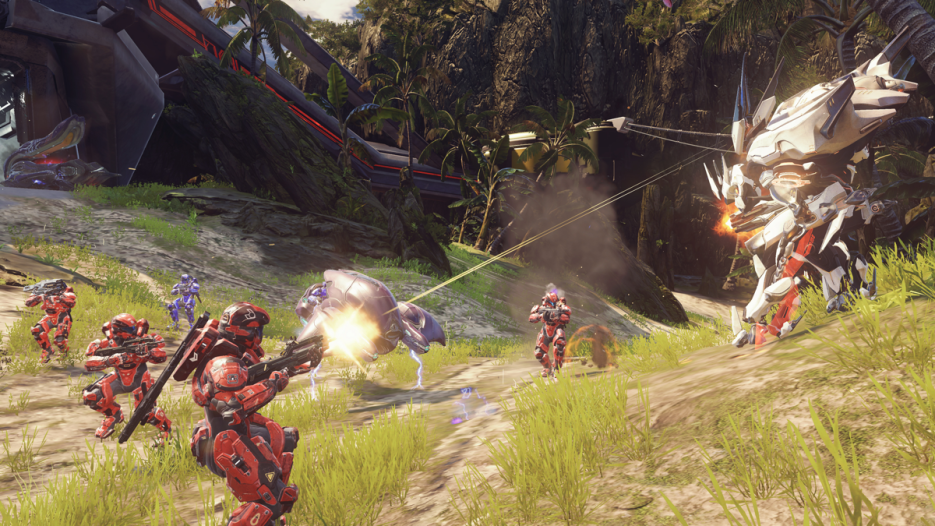 All in all, the game isn’t brilliant. I wish I hadn’t paid full price for it, definitely one to look out for in pre-owned sections. The storyline could’ve been better, I feel like it’s been banking on a great idea since the Xbox days but taking the best part out and putting a mediocre part in. In my opinion, I don’t think there has been a decent Halo storyline since Reach. I would give this game 5 annoying Promethean Dog things out of 10, needs a better storyline, but an OK game overall.