Adam headed off to the MCM Comic Con Expo in London this weekend. This is what he saw.

For the last day of London Comic Con this year I spent a large amount of the day admiring the great art in the Comics Village (and picked up a couple of indie comics that I’ll be reviewing over the next couple of weeks), saw some more excellent cosplay and headed over to a couple more panels.

When I arrived in the morning the first panel I headed to was the Agents of SHIELD Q&A, with cast members Iain de Caestecker (playing Leo Fitz) and Nick Blood (who plays Lance Hunter, the only person I have ever seen with a more comic book real name than his character). Season two of SHIELD has finished over in America, but we are still a couple of episodes from the end of the season over here in the UK (airing on Channel 4). While a lot of people seem to have a fairly negative view of SHIELD, I think at worst it started reasonably (where people expected it to be mind blowing, with every single Avenger guest starring) and ever since it reacted to the events of Captain America: The Winter Soldier as part of the wider MCU I think it has been excellent. Season two has carried this on, with the continuing fight with Hydra and the emerging Inhumans storyline playing a big part. The extended cast with the new agents has been a bonus too, with the introduction of Bobbi, Mack and Hunter rounding off the cast from season one nicely.

One of the overwhelming impressions I got from the panel, which actually spoke to the cast in general, was how tight de Caestecker and Blood seemed. Whenever they were asked who their favourite character was, or who they liked working with most, of course they were going to say each other because they were there, but they dragged it out for comic effect. The pair had the entire crowd laughing throughout the panel too. When asked about their character’s origin stories and who would play their parents, de Caestecker described ad libbing with his actual mother, who would only refer to him as Iain and when he tried to correct her she responded “don’t be so stupid”, and Blood joked that it would be an interesting twist if Agent May turned out to be his mother, and the story of how and why she abandoned him. 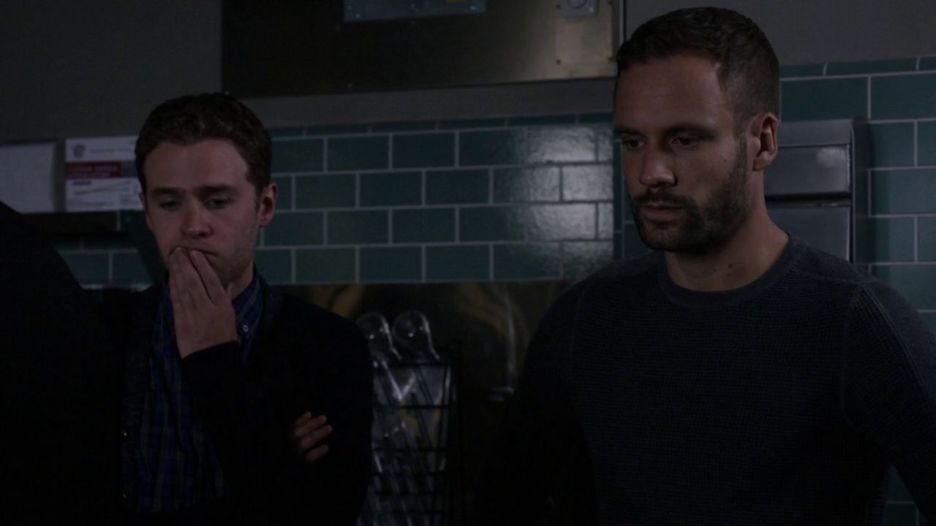 With regards to plot developments, de Caestecker was asked about how he approached changes to Fitz’s character as a direct result of what happened to him at the end of season one, to which some people called spoiler (again, why go to a panel if you’re either not up to date or expecting spoilers, especially for last season), and he talked about how he appreciated any extra aspects for him to tackle to allow the character to evolve, and studying up on the effects that the damage he sustains would have on a person and their character.

They were asked about superhero costumes they would have (pyjamas and a cape, and a Liverpool football kit with Steven Gerrard on the back), the Inhuman powers they would want (the ability to not need sleep, and the ability to sleep at any given moment), the Avenger they’d most like to guest star (Tony Stark to give Fitz romantic advice), codes for going to the toilet when on set (and lying about how long others had been away) and who pulls the best pranks. Apparently Clark Gregg (Phil Coulson) goes for psychological pranks, as being privy to plot developments slightly earlier than the rest of the cast he often teases about what is about to happen or who is going to die. Overall, Iain de Caestecker and Nick Blood were funny, affable guys that really sold the idea that the cast of the show get on well, which is always nice to see.