Adam infrequently reviews games weeks after they are released because he has a job and can’t complete them fast enough. Potential spoilers included.

I’m actually typing this review with the credits rolling in the background, while still trying to collect my thoughts on The Order 1886. We’ve been fairly positive with our coverage of the game here at The Lost Lighthouse, all really liking the look of everything released prior to launch. I got the chance to play a very short demo back at EGX last year too, and really enjoyed it. But the game seems to have divided many critics, and following the video of someone speeding through the game in 5 1/2 hours just a week before release (more on the game’s length later), I thought it best to buy the game myself and make up my own mind.

In The Order 1886, you play as Sir Galahad, a member of an ancient order of Knights who act as defenders of the realm, fighting rebels and hunting down half breed nightmares through the streets of a steampunk Victorian London. Each Knight has had their lives extended by unnatural means by consuming a substance called ‘Blackwater’ from the Holy Grail, which heals almost any wound and allows them to live for hundreds of years, even if it is hundreds of years of fighting monsters. Nevertheless, members of The Order aren’t invincible and their names are bestowed onto them as a title, a member of the Knights of the Round Table, when the previous bearer dies. Galahad is certainly not the first of his name, but he may be the last. He is joined by his mentor Sir Percival, Lady Igraine and Marquis de Lafayette, as they investigate a break out at Bedlam, a rebellious plot aboard an airship and a conspiracy that could shock the very foundation of their organisation.

Gameplay in The Order 1886 is fairly basic, and as many have pointed out is reminiscent of Gears of War. I’d say that is accurate, and as a 3rd person cover based shooter it maybe falls a little short of the fluidity that Gears has achieved, but it also felt quite heavy and realistic. In fact everything feels like that, from climbing and running, to shooting. Galahad moves likes a man in his late 40s. The shooting feels intentionally laboured too, and not overly accurate. Even lining up a headshot isn’t a guaranteed hit because the guns, while sometimes high-tech, aren’t modern rifles and as such lack the pin point accuracy one would expect. Details like this enamoured the gameplay to me, even if it was at times a little frustrating. The Order uses a variety of anachronistic steampunk-inspired weaponry and gear in the fight against lycans and rebels, provided for them by the inventor Nikola Tesla, including an arc lightning gun that explodes heads, and a high tech monocular for scoping out the enemy. 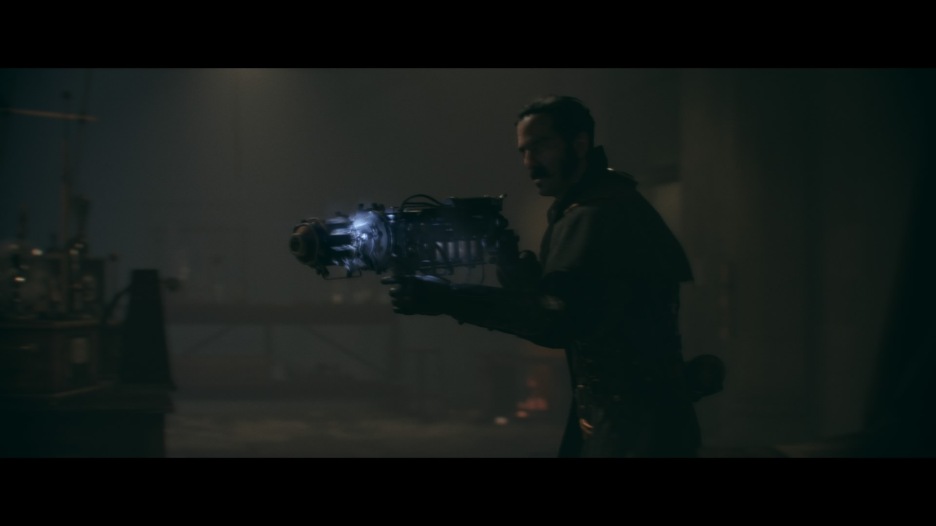 Not the arc gun I mentioned, but still pretty nifty

Another gameplay mechanic is ‘Blacksight’, The Order 1886’s version of bullet time, where everything slows down and allows you to fire off several pin point shots in black and white. A bar slowly fills up to allow you to use this. However, I rarely actually remembered this was an option and forgot to use it in many situations where it might have been useful. The game didn’t really force me to use it or remind me, so I was content with just blasting people in the face with carbines in real time.

One of the most noticeable facets of the gameplay in The Order was a reliance on quick time events, or QTEs. For a few years now many have complained about how often we see these in games, and the degree to which a game relies on them can drag. Being a highly cinematic game, but not wanting to completely cut you out of huge chunks of the story that are effectively just cut scenes, The Order falls into the QTE trap and does use this particular element a little too much. There are plenty of other games equally guilty of it too, but when the final confrontation of the game is effectively a long series of QTEs rather than any of the gameplay you’ve developed rudimentary skill at over the last several hours, it becomes more about how closely you’ve been paying attention and actually pulls you out of the immersion more than ensuring you a fixed on the screen. 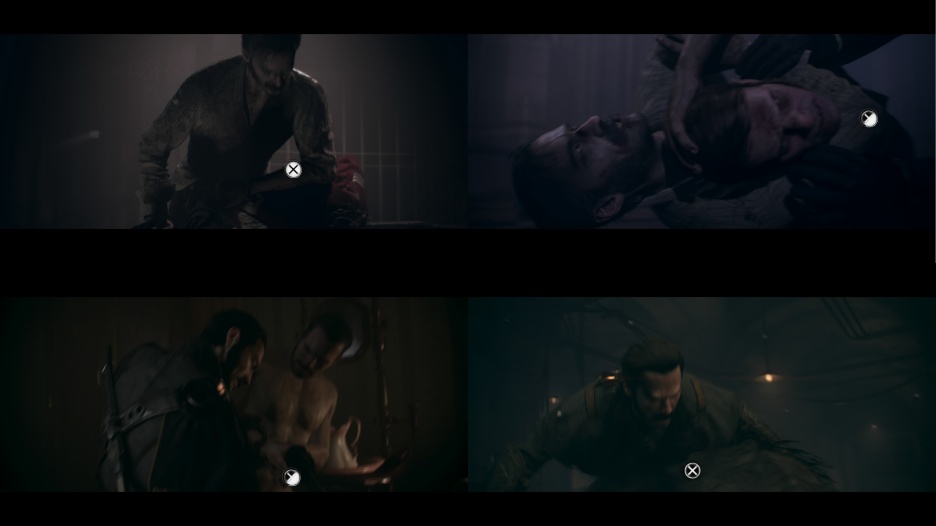 Graphically The Order 1886 is stunning. Graphics may not guarantee a great game, and you certainly can’t judge purely based on them, but when next-gen was first announced I was excited for what we were going to see. Victorian London looks beautiful, if a little dark and grim. The detail on all of the characters is amazing, from their slightly gaudy uniforms to the wealth of excellent facial hair that almost everyone automatically possesses. Motion capture performance has made games that are heavily cinematic feel truly alive. It seems to me that we almost skipped the Valley of the Uncanny entirely through mo-cap, ever since playing The Last of Us and being blown away by the attention to detail and synchronisation between the dialogue and the character speaking. Here it is even better. The overall presentation for The Order 1886 is a labour of love, and Ready At Dawn should be commended at least for that. They were clearly trying to make a cinematic game, and with that they have succeeded. At times they even grind the walking speed down, or make you look at an object for an overly long time, just so you can see what a pretty game they’ve made. 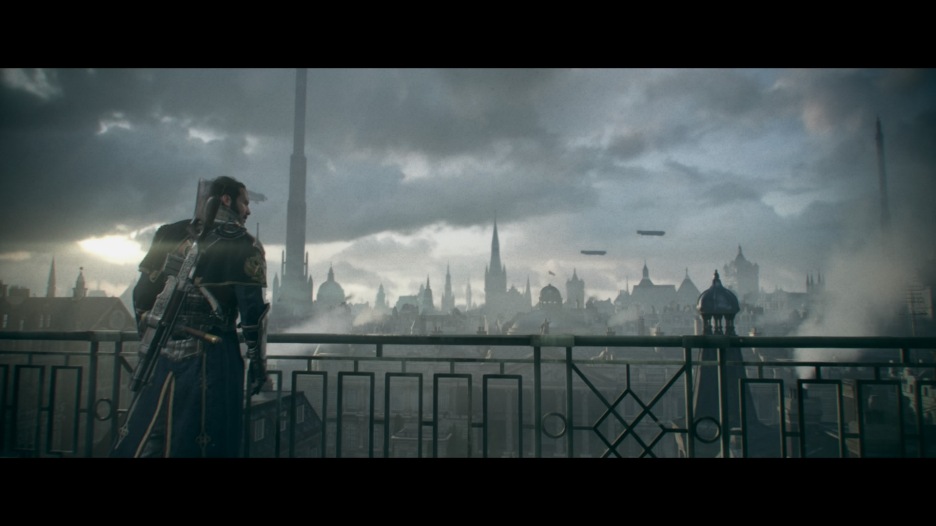 As for plot, I found the world and the story of The Order to be engrossing and if anything I would have liked more details about the organisation, the rebels and what they stand for, and the lycans and other potential half breeds that Galahad and his compatriots fight. The conspiracy angle in the story is admittedly a little predictable, but if we criticised every story for using a trope that lacked originality we’d very quickly run out of things to enjoy. The execution of how that conspiracy unfolds is interesting, and how the characters deal with it too. My one gripe with it in this instance is that Galahad is essentially told there is a conspiracy, and will be led to evidence of it. On the way, though admittedly shot at first, he kills a hell of a lot of people that he has no idea whether they are good, bad or simply in the wrong place at the wrong time. It actually happens in two different chapters, and in the second when I found myself stealthily plunging my foot long knife into an unsuspecting guard’s neck I wondered why the game wanted me to kill him and all of his friends. Couldn’t I have just knocked them out? Overall though, I found the story to be strong. It left me wanting more, without leaving gaping holes in the plot.

A lot has been made about the length of the game, since a Youtube video went up early indicating that if you rushed a little bit, you could complete the game in less than 6 hours. Ready At Dawn defended the length, and stated that if you tried to find everything and explore, possibly playing on hard mode, it was more like 8-10 hours. I’d argue about the exploring point there, because the game is very linear and there is little exploration to be had. Regardless, I had intended on timing how long it took me to finish the game as a comparison, but I forgot. I’d be surprised if I clocked in more than 7 hours, but ultimately it doesn’t matter. I felt that the length of the game, for the type of story and game that Ready At Dawn were trying to produce, was spot on. Pacing was good, I was never bored or on any sort of fetch quest, and the game led me down a journey with Galahad that by the end, I was satisfied with. 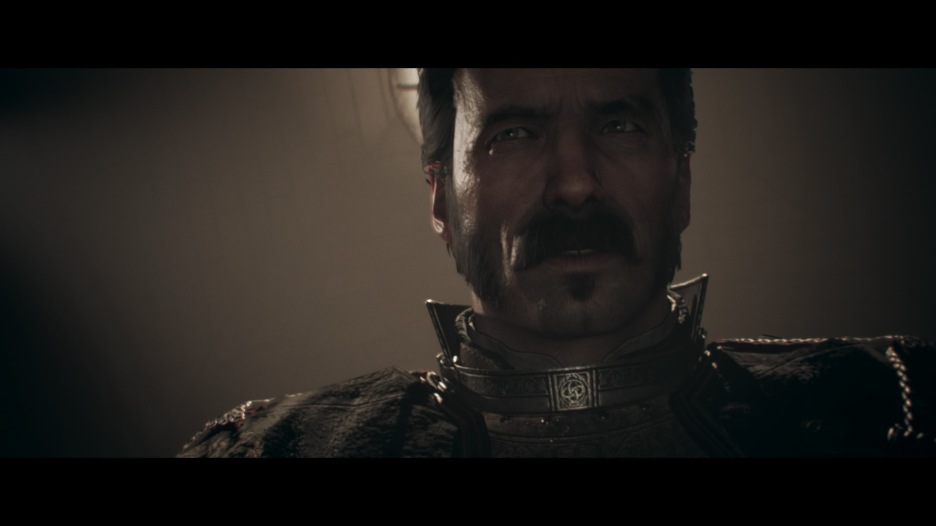 Fear the righteous fury of my moustache and chops

When it comes to value for money, it is a far more difficult question to address. The Order 1886 is a single player experience only, with not a lot to entice the player to replay other than to enjoy the story and maybe mop up a couple of trophies they missed. No new game plus, challenge modes or multiplayer to speak of. Now I usually say that is a good thing, I’d rather the focus went into crafting either the best single player or best multiplayer game it can be, using the whole ass for one thing rather than half-assing multiple things. This is where the length discussion does come into play, because it is still a full price game. I put down £49.99 to play this game at launch. I’ve seen plenty of opinions on this topic, and when someone is receiving review copies of games it can be easy to dismiss the cost as a factor in either choosing which games to play, or whether or not to wait for the price to drop a bit. You see people always try to compare the cost to other things, like a night out, or relative to how much you pay to see a film at the cinema Vs. how many hours of entertainment you get from that. I think it is a mistake to compartmentalise and compare the costs in that way, because it is assuming that people have a certain amount of money, and don’t have multiple interests. It isn’t useful to point out that a night out or two is the same price as a game, because I’m probably going to do both. I’ll just enjoy one a lot more (hint – it’s the one where I don’t have to pretend that everyone wherever I am isn’t incredibly irritating). People will always weigh up how much something costs and how long it will entertain them for. I find it easier to think about how much I spend on a game when I think about the sheer effort that must have gone into it. If I’ve enjoyed it, and a clearly huge amount of effort and investment has gone into its development, then ultimately it doesn’t matter if I didn’t play it for 90 hours.

I enjoyed The Order 1886 a great deal. It wasn’t without it’s flaws, but with no game breaking glitches, plot holes or frustrating gameplay, the stunning graphics and compelling and succinct story shone through for me. The potentially rich world also opens itself up to sequels, which I would be keen to see.  If you are looking for a strong cinematic tale that you’ll probably finish in a week of average playtime, think about checking this out. It is fairly linear, but there aren’t any fetch quests. Swings and roundabouts.