Adam headed off to the MCM Comic Con Expo in London this weekend. This is what he saw.

After wandering around on Friday to get my bearings at Comic Con, and checking out some of the video games on offer too, I arrived on Saturday to find the Excel centre teeming with attendees. Hazarding a guess, I’d say there were nearly ten times as many people there, with a far higher number in cosplay compared with Friday too As I walked in, attendants were advising that Weekend and Saturday tickets were all sold out, and if anyone hadn’t already booked then they wouldn’t be able to buy any on the door. Even last time I came here back in October, when I queued outside with some friends for about an hour and a half, there were still tickets left on the day. Every time I come here it seems that it can’t get any more huge, and then it does.

While it is always cool to see this many nerds in one place, it did make getting anywhere a bit of a nightmare, and rendered certain areas (in particular the access above where all the food was) pretty hot and stifling. I had a little more of a wander around the stalls (not making much progress) and bought a couple of things, but today I was aiming to check out a few panels (which I’ll talk about in the next article) and have a look at some of the cosplay on show from everyone at Comic Con. 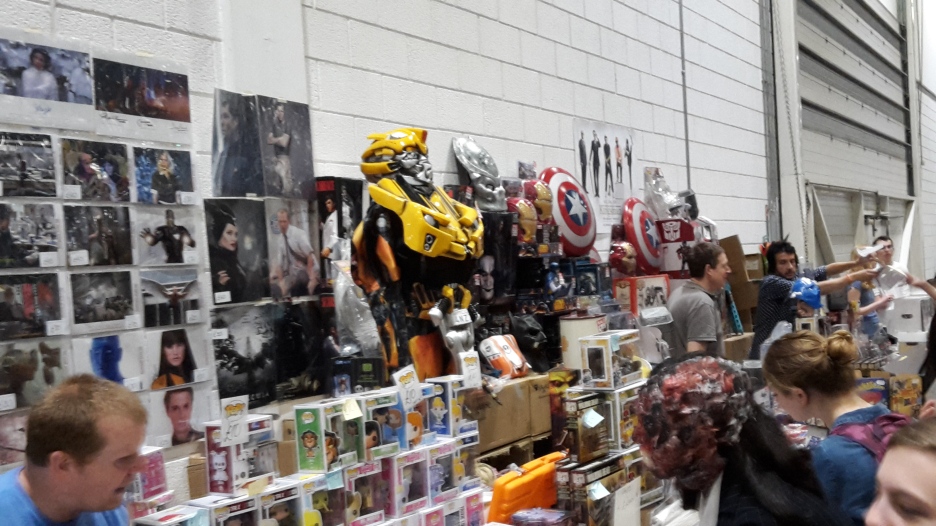 I bought an item from this stall that is visible in this shot. Can you guess what it was? Answer at the end!

If I was struggling with the heat, everyone in their bright-coloured wigs and massive costumes must have been far worse. It was no surprise then that when I ventured outside for some fresh air the number of people out there was nearly as many as were inside. All the various cosplayers were also meeting up out there for group photo shots, from Dragonball characters, to every possible Doctor, to Adventure Time Finns and Fionas, to a massive Hetalia Axis Powers group, all hanging out on the grass nearby. 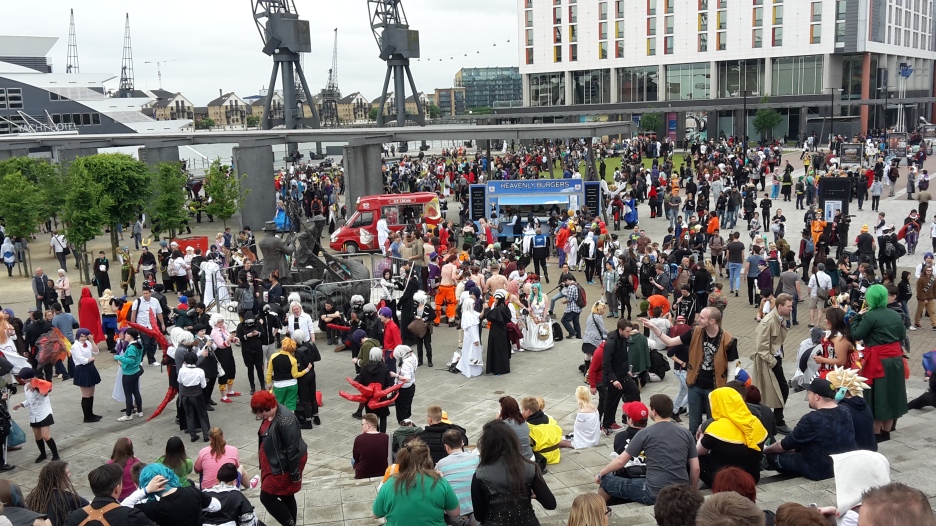 I wandered around out there for a bit, taking some photos of a few more cosplayers that I’ll compile into an article tomorrow. After several hours of panels, weaving in and out of the massive crowds and appreciating all the costumes I headed home on the tube with my new purchases… 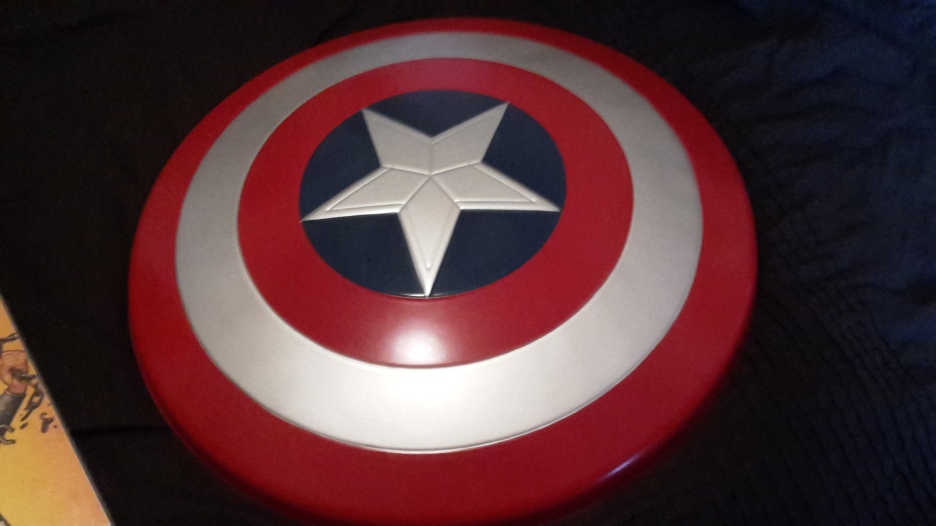 Licence to kick people in the chest? I think so.

On the way home a man stared at me with more contempt than I have ever seen on a human face, but every kid I passed was loving it. So that guy needs to get his priorities in check really. On the last day I’m going to head to a few more panels, check out what cosplays people bring along and spent a few hours enjoying all the awesome art in the Comics Village. Come back tomorrow for what I thought of it all!