Well I thought the Heldrake would be easy. It wasn’t. I still need to dullcoat the bugger but it’s pretty much there. The spawn on the other hand were super easy ad im really happy with the end result. Thank Papa Nurgle for being so accepting.

“Krannon knew his pride, or more arrogance, had got the better of him. The spoils of the first siege had favoured chaos, and their unlikely allies. He did not ask why the ghost warriors had aided them that day, but he was glad of it. He assumed the Tau Cadre were present simply because the Orks were on the Imperial battle line.

With Typhus constantly failing, he knew Abbadon would correct the command chain and put him at the top. He didn’t need help taking the system. But it seemed Typhus did!

With a simple swoop he was able to over power the Space Wolves, though some lesser commanders placed his victory down to luck over skill.

The Warpsmith’s new creation certainly helped that! While theHeldrake was close to uncontrollable, it seemed to have good sense and cause disarray in the marines ranks. But this battle had caused his arrogance to soar. He pushed too greedily and too deep, and the Blood Angel surprise attack took him off guard. He was so enraged he didn’t even leave his rhino!

So it’s been a hard slog but I’m happy with my results. Everything is to a good gaming standard and, with only 3 models to paint next month, I can add extra highlights to anything I need to with the spare time. 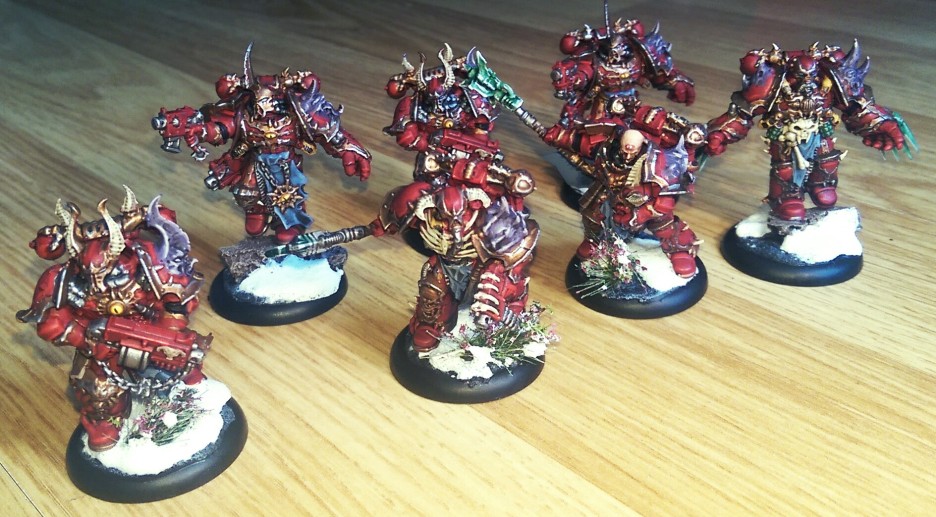 As I’ve said on the podcast, I wanted a good gaming standard so wanted to keep my processes simple. Spray, basecoats, dip, matt varnish, highlights then weathering. Typing that out it actuay seems a longer proccess then id thought! 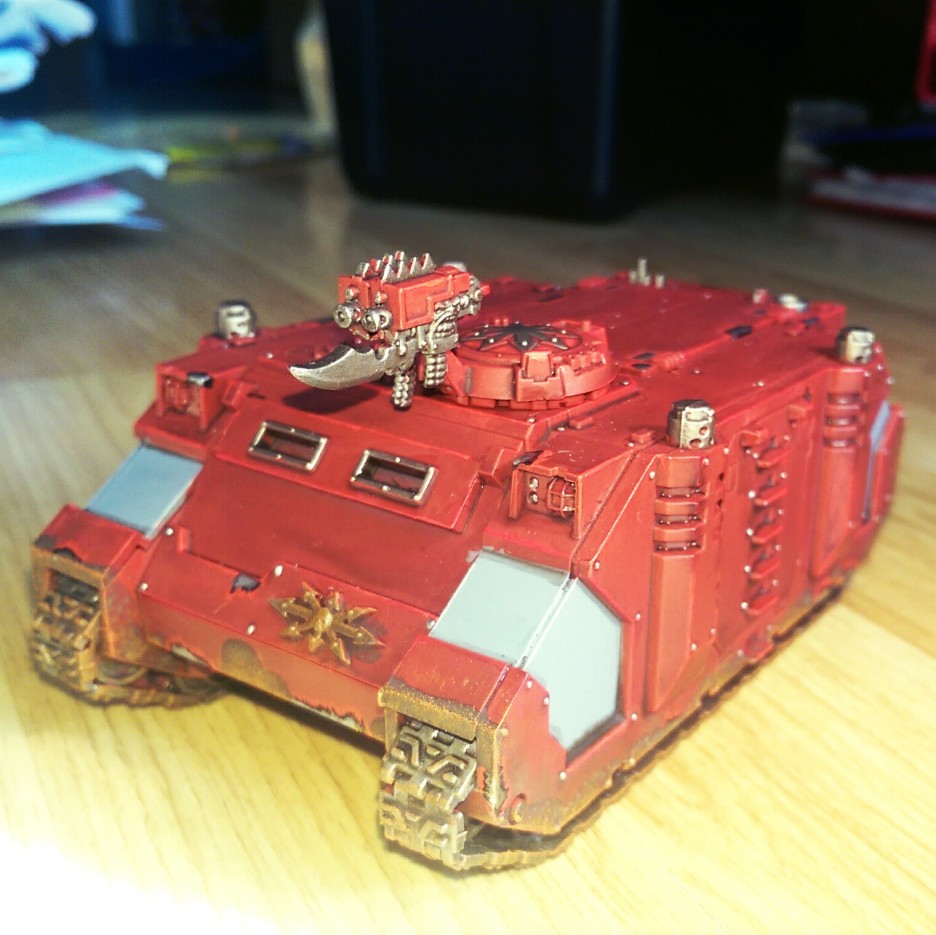 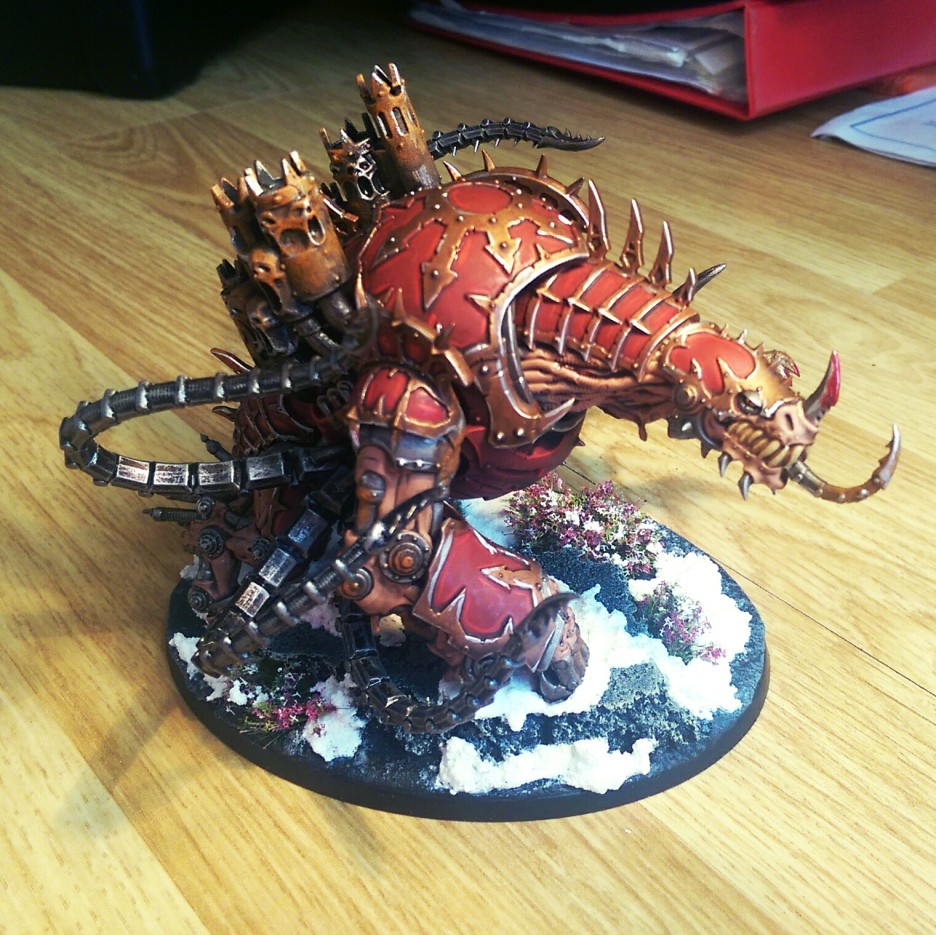 I decided to use the basing style i had
originally used for my wood elf army that never saw the light of day. I love the snows contrast with the blood red armour.

Krannon had been meditating for hours. How had his meeting gone so wrong. Krannon had been a chapter master for long enough to hold up in negations, but he’d never meet a person so well versed as Typhus. Maybe it was the fact it was held about the Terminus Est, a ship so foul that Krannon and his chosen decided not to sit during their discussions.

Abbadon had briefed them both about what he expected from his two comanders. They were given the same level of command but as soon as they left for warp travel, Typhus made it clear who was in charge. Krannon expected nothing less. He had a wealth of experience of disrespect from members of the 1st founding chapters and the death guard were no different.

Draznicht broke Krannon’s train of thought. “Sir, I’ve had the vision I’ve been waiting on, we can bring glory to the chapter and steal it away from the Deathguard. Let them lead for now and when the time is right, we can strike”. Krannon contaminated “fine, you’ve been right thus far Draznicht, but if you’re wrong I’ll feed you to the beast below. Their arrogance shall cause their downfall soon enough. Now let’s bring some glory to these imperial dawgs!”