It’s not often a game takes you completely by surprise. In a golden age of board gaming, it’s easy to over look a little game like Dobble. It’s not in a huge, flashy box or costs loads of money, so it must not be worth it, right? Wrong, so very wrong!

I had not heard of Dobble before playing it, but I love Jungle Speed, a game made by the same publisher (Asmodee), so I gave it a go. Within a few minutes I fell in love. It asks for so little but gives you so much back in return. It’s hard to describe how much joy you can pack into a metal container, barely bigger than a can of tuna.

I like to think of it as “hard-core snap”, that might not make it sound as good as I’m preaching, but trust me readers, have I steered you wrong before? In one way or another you are trying to match up a symbol from you card with one on a central card, or someone else’s.

The symbols are nice cartoony designs, some more abstract than the others. I particularly like the cat & the gingerbread man, which the rules name “Orange Man”. 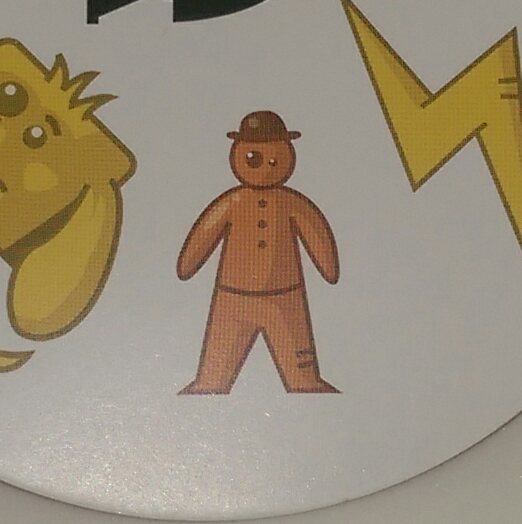 The overriding objective could not be simpler: “No matter the game, you always need to be the fastest to spot the identical symbol between two cards, name it out loud and then take the card, place it or discard it depending on the rules of the mini-game you’re currently playing”.

This objective carries over into the 5 mini-games included in the rules, here’s my 2 favourites:

“The Well”. In this game the cards are dealt face down to players with the last card face up in the middle. Then players flip their pile of cards and try to discard them to the middle pile by matching symbols. The last player to get rid of their cards loses!

“The Hot Potato”. This is the first of the mini-games that consists of multiple rounds. Each round players takes one card and keeps it face down. Then everyone flips and tries to be the quickest to match and pass their card to another player, which then becomes their new card to pass on until one player has all the cards from that round! Then the round starts again, and this continues until all the cards are given out. Who ever has most cards loses.

All 5 games are great though. It’s really interesting how you can create different games from one core concept.

One of my favourite things about this game is that, while children playing and calling out their matching symbols is super cute, grown ass adults shouting “gingerbread man!” Out loud is hilarious.

If you’re looking for a new, fast pace, super fun game that all the family can enjoy, then I’d suggest you pick up Dobble!

available from Waterstones on the high street for around £12.99 and online from WHSmith, Argos and Tesco.

A sample copy was supplied for this review.

My friends seemed a bit unenthusiastic when I first described Pictomania. I can tell you now, that changed after the first round!

Many times it’s been described as “pictionary on steroids”, and I have to say it’s an apt description. It’s a multitakers dream game!

The basics of the game sees you set out 6 cards, ranging from easy to extra difficult, each card has 7 similar things on it. Each player then gets a secret pair of cards to tell them what they will be (attempting) to draw. Green cards (easy) are quite straight forward. They can be stuff like spoon or fork, but on another card it says pitchfork! So you have to make sure you differentiate between the two for your sake, and the other players! 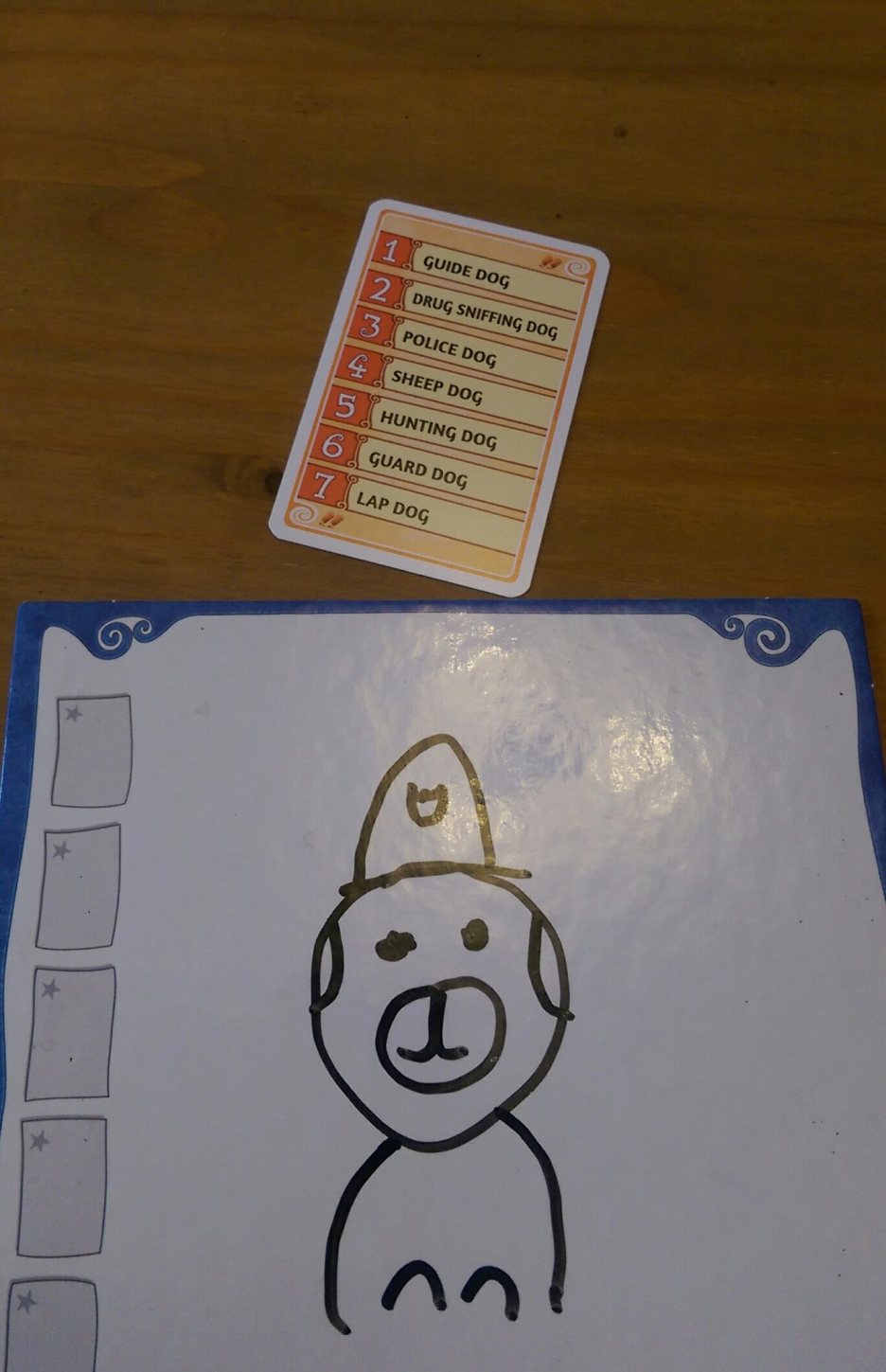 Can you guess which one I've drawn?

Once you are all ready, you begin drawing your item but at the same time, you are guessing other peoples! You all have numbered cards of your colour that you place stack next to other peoples drawings. The quicker you guess someone’s, the more points you get. But once you place a card, it stays. So if you muck it up it means you’ve used your guess of that number!

If you get your guess cards down first then you can pick up tokens that give you bonus points at the end of the round. Problem is, if people can’t guess your drawing (because maybe you’ve rushed it so you could guess other people’s first) then you earn negative points!

It’s a nice feeling that by people guessing your drawing correctly, you get points and they get points.

Drawing a football is easy right? How about red? Seriously, draw red without using words or numbers. It’s crazy!

I love these tiny sponges!

We had SO much fun with Pictomania. I think it’s suitable for nearly anyone. We had joys of guessing dodgy drawings and the crys of laughter at the down-right offensive ones.