Adam and Kii once again head to EGX to check out some upcoming video games!

On our second indie focused day at EGX 2015 Kii and I split up to cover as many games as possible. It became pretty pretty obvious that we weren’t going to get to everything, but we tried our best! This is my final indie round up article (find the first three here , here and here), and I’ll be talking about Punch Club, Void & Meddler, and Odanata.

Over in the Rezzed section I found Punch Club, developed by Lazy Bear Games and published by tinyBuild. This is a tycoon style fighting simulator, where you learn new fighting skills, work to keep yourself fed, train and try to find out who killed your father. In the short demo I played I did some benchpressing, got a job delivering pizza and brawled with some random street thugs, before eating a burger from a bin, tripping out and meeting someone who looked oddly like a Teenage Mutant Ninja… Alligator? 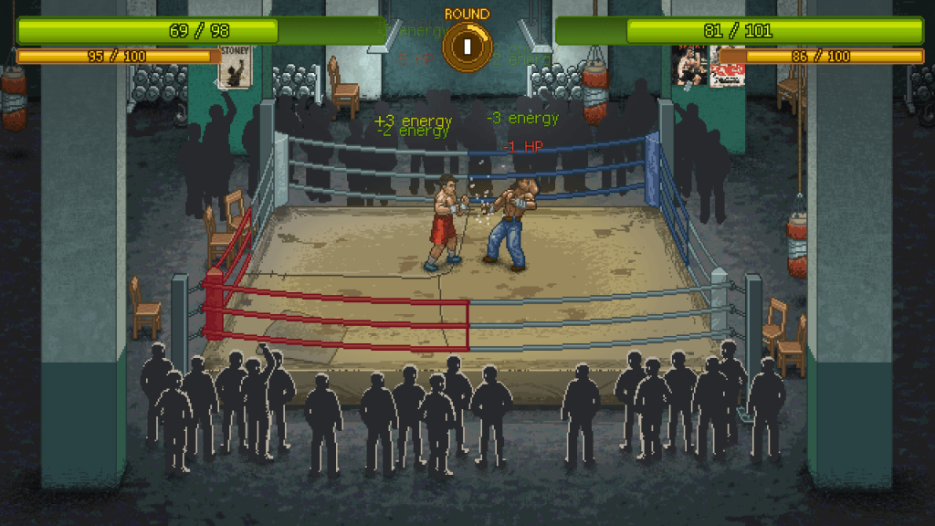 The game is packed with 80s/90s references and has a really nice twist on the standard tycoon formula, and as a tycoon/RPG hybrid has the potential to be incredibly addictive. Lazy Bear Games are aiming for release later this year on Steam and mobile platforms. 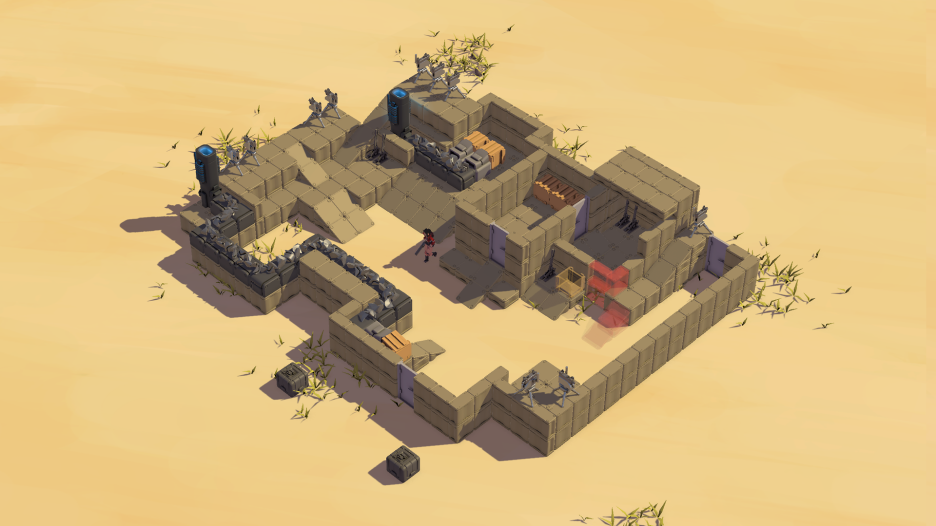 Next up in the Leftfield Collection I had a go on Odonata, a top down 3d sandbox game in which you have to construct defences around your base to prevent enemy attackers, in this case weird looking metallic spiders, from destroying your data core. You can outfit your base with conveyor belts and automatic robot arms that can convert the scrap from the spiders your guns take out into supplies. The art style and automation of your base is really interesting, and the demo I played was fast paced and tricky (I failed 3 times). This was the first time the developers Rob Laro and Anneka Tran have showed off the game, and it looks like it’s going to be well worth keeping an eye on. Whilst still in the Rezzed section I sat down for about 40 minutes in front of Void & Meddler from NO cvt, a 6 act point and click adventure story set over 3 episodes, the first of which is out on Steam in October. Inspired by synthwave and 80s noise rock, this cyberpunk story takes Fyn, a tired and disconnected hipster who basically hates everything, through a search across the city for her memories. Like all good point and click adventures, I basically had to comb over every single inch of each scene to find out what to do next, and even then one of the developers had to point out the fairly esoteric use of a guitar pedal that I had picked up. Fyn is aggressively pretentious and the dialogue reads like a cyberpunk noir, over the top and grungily bratty, so while it does make it difficult to root for Fyn it is very entertaining. Almost like playing Ghost World, mixed with Blade Runner. NO cvt are aiming to release the first episode on Steam in October.

And that is it for my coverage of EGX this year. We tried to cover as many games as possible, and over the next few days we’ll be getting Kii’s thoughts on some of the games she played, along with a podcast special at the end of the week where we’ll talk about EGX 2015 in general. Make sure you check out all of these awesome