Adam has started playing Dungeons and Dragons with some friends in London. Here is his account of their first epic journey.

At the start of our fourth session, we all hit Level 3 and were able to pick what sub-classes we wanted to go with. For fighters we were given the option of two martial archetypes: Champion or Eldritch Knight. Deano went with Eldritch Knight, which allowed him to pick a couple of basic spells. As there are two fighters in our group, and picking the same thing would be boring, I went with the Champion martial archetype, granting me improved critical hits – now a natural roll of 19 or 20 will score a critical hit in combat, and that improves even more in higher levels. King Roberto has been practicing his stabbing, and it has paid off!  As rogues, Bubbles chose the Assassin subclass, and Tiny chose to go with thief (because he is a thieving thief), Paladin Rick went down the Path of Devotion (which sounds like a euphemism), and Lordi and Samuel arrived late so we didn’t bother picking their subclasses until next time.

Back in the pub, after a full night of rest, we set about finding some more information about where to go next. King Roberto “questioned” a man that was very similar but not at all the same guy he threatened to stab back in the first session. Regardless, threats worked again. We got leads on nearby Thundertree where Mt. Hootenanny recent erupted and zombies killed the townsfolk, Old Owl Well, Cragmoor Castle where Glass-Staff apparently fled to (and someone wanted us to take care of him and clear the castle), and Coney Island. The problem with writing down joke names for everything is that you rarely remember the proper names later on. Nor do you care. We also spoke to a Sister Gabriel, who wanted us to head to Coney Island to look for the spellbook of Mr Bojangles. There we would find the Banshee Agatha. Banshees sound like fun, so we headed that way.

On the way we were attacked by an Owlbear (Half owl, half bear, all Owlbear). After we dispatched it, with King Roberto finishing it off by ramming a javelin through it’s throat (fast becoming his go-to move – ranged stabbing), we discovered it had been magically shacked. Animal cruelty, so mutilating it was a kindness. Sort of. Propping it up as some sort of meat puppet to ward off attackers while we slept is probably a bit more difficult to justify. 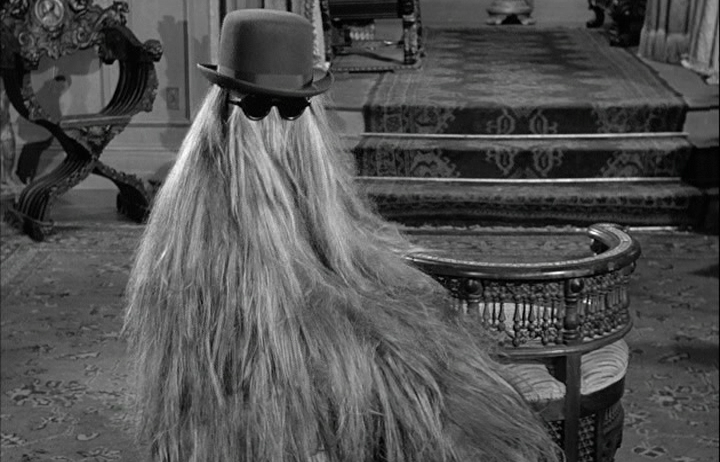 We then wasted ages trying to sort out a problem Lordi had developed during the end of the last dungeon, which I forgot to mention. They drank a potion that granted them invisibility, but simultaneously caused all the hair on their body to grow rapidly resulting in a Cousin Itt look (that no one could actually see). Everyone took it in turns at this point (about a full in-game day after the problem arose, not really a priority) to permanently remove the hair, most of which resulted in damage to Lordi. After a lot of pissing around, a dragon suddenly appeared above us. As a mighty level 3 Champion, Roberto started to ponder the implications of attempting to stab the dragon, but thought better of it. For now. The dragon, named Venomfang, did not attack but did mock the goody-two-shoes-paladin-in-training Rick. He departed, indicating that it wasn’t the last we would see of him.

Arriving at Coney Island, Lordi ignored the rest of the group and tried to confront the Banshee (while Tiny sneaked in to steal something), going about as well as you would expect. Failing to brashly convince Agatha to give up Mr. Bojangles’ book, Lordi was ignored by the Banshee who haughtily told us that the necromancer Seeroff had the book. Giving no more help, the Banshee left. With nothing else to do there, and no more leads, the party headed out of Coney Island and up a worn path.

We came to Old Owl Well, where we saw a large tent and a ruined tower nearby, found to be full of zombies. An aura of dark magic indicated that a necromancer was inside the tent, so Deano attempted to fake Venomfang’s voice to scare him. It failed, as Deano doesn’t actually sound like a dragon, but the necromancer did not attack anyway. We ask about Cragmoor Castle, and he agreed to tell us if we head to the nearby Wyvern Tor (not a name that filled me with anything other than dread) to murder a group of orcs with extreme prejudice, bringing back their ears as proof. Not opposed to wholesale murder for a man who desecrates and summons the dead, we headed off.

A guard outside the cave where the orcs are holed up was quickly and silently dispatched with an arrow to the face by Bubbles, very much taking to that new role of Assassin. Then we set to preparing to fight numerous orcs (and a troll apparently). As we did this Lordi, for reasons totally unknown to everyone, fluttered in some sort of weird love note to the orc leader into the cave, alerting them to our presence. Rick and Deano attempted once again to throw the rope of light between them, to cover the entrance of the cave so we could pick the orcs off. It fails, again, as Ser “Dropper” Deano fumbled the catch, again. The orcs were seconds from the entrance, troll in the lead…

… and we had to call it a night. It was a week night, and everyone had to get back across London to their various homes, very much restricted by the fact that main form of public transport in the capital of this country stops at around midnight. Big ol’ rumble as soon as we start next time!