Adam reads as many comics as he can afford. Every week he is going to attempt a mini review of his favourite one, with potential minor spoilers.

This week I picked up the Robin Rises: Omega one-shot from DC Comics, written by Peter J. Tomasi with pencils from Andy Kubert, inks from  Jonathan Glapion, colours from Brad Anderson and letters from Nick J. Napolitano. This one-shot kicks off the Robin Rises storyline that has been brewing in Batman and Robin (also written by Tomasi) for over a year now.

Right, so as you probably know the most recent Robin, Damian Wayne, was killed in the pages of Batman Incorporated early last year. He fought and was stabbed by ‘The Heretic’, a solider of Talia al Ghul (his mother) who would turn out to be some form of overgrown baby/clone of himself. It was very much Grant Morrison killing the character that he had put so much effort into developing, which I guess is his right to do. Following on from that, Batman and Robin became Batman and…, with guest characters filling in for the Dark Knight’s lack of a partner as he basically went through the stages of loss after the death of his son. This being a superhero world, and ‘the revolving-door-of-death’ making a permanent grave a laughable concept, obviously Damian would return somehow. It was only a matter of time. Refreshingly, DC haven’t bothered to shy away from this fact (though the promotion behind the death itself left a lot to be desired. I had it spoiled for me in an advert in the pages of a Green Lantern issue, after going to great lengths to avoid it in the news) and the Batman and… title has been Bruce Wayne, mad with grief and incredibly stubborn, trying to find a way to bring his son back from the dead. Which always ends well. 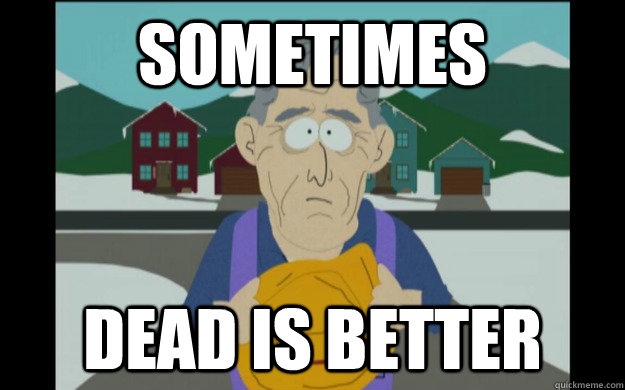 That is where Robin Rises: Omega picks up from. The assumption being that by the end of this story arc, either Damian will be alive again or some other new Robin will have taken his place. The issue starts with a very brief and effective recap of everything you really need to know about to how we got where we are, which happens to be Batman (and Titus, one of my favourite DC characters!), Frankenstein and Ra’s al Ghul, on the same side for now and accompanied by his League of Assassins, facing off against a small army of parademons and soldiers from Apokolips led by Glorious Godfrey. After a good old fashioned brawl, Godfrey and his men take off through a boom-tube (extra-dimensional teleportation) with Damian’s sarcophagus. Batman decides he must follow them to Apokolips, to recover Damian’s body and to use their technology to bring him back to life. The story will then continue in Batman and Robin #33 next week.

This is more a kick off to the main story, but what is here is really well written. I like Tomasi’s work, and he has a great grasp on these characters. The bulk of the storytelling in the issue comes from the 7 page recap though, which I think is done clearly enough to make this a very easy jumping on point for anyone not reading the title and thinking about giving it a go (though for people that are up to date, the price bump up to $4.99/£3.50 for an extra sized comic* that includes 7 pages of stuff they already know may be a bit of a slap in the face). Written as inner monologue from Bruce, he reflects on the circumstances that led to Damian’s birth and the upbringing that created him, their time together until his death and admits that he did things he wasn’t proud of to try and get him back. The bulk of the rest of the issue is all Batman being a badass, people threatening each other and fighting. I particularly enjoyed how desperate he seems, and now more than ever appears totally prepared to die fighting rather than give up. Kubert does a really nice job illustrating key moments from the last several years of Batman history, and some excellent big superhero action on a tundra landscape, brought to life by the rest of the art team with the flashy colours looking great on the white background. Also this happens and it looks awesome: 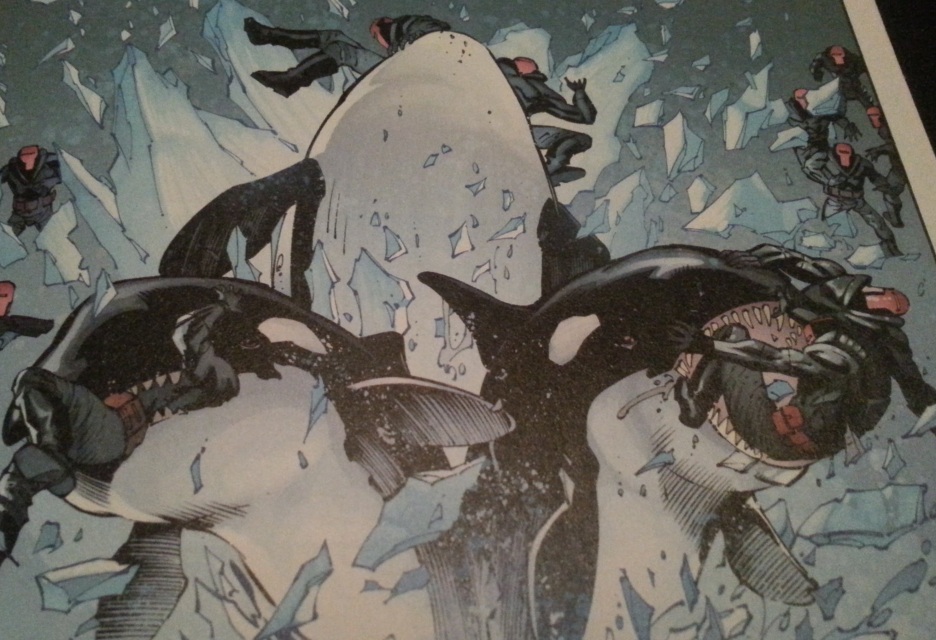 Since the start of the New 52 back in late 2011, Batman and Robin was a title that I have picked up in trade paperbacks rather than monthly. That isn’t to say it isn’t worth picking up, it absolutely is, and I have really enjoyed the volumes I have read. I was just trying to limit my comics budget and was already getting my Batman fix from the main Batman title (though I was also reading Detective Comics from the relaunch, and dropped it after only a couple of issues because it was totally forgettable and a waste of money). I started back up with it during the ‘Requiem’ storyline, and issue #18 (the first issue after Damian’s death in Batman Incorporated #9) was my favourite comic of 2013. Track that issue down because it really is one of the most powerful things I think I have ever read. But money got tight again so I dropped it to wait for collections.

That being said, I think I am going to jump back on it from this point. The series is definitely worth it, so I’ll make room in my budget. I’m interested in seeing how it all plays out, and if you are a DC fan not reading the main series I recommend jumping on this one-shot and carrying on with the story afterwards. If you are new to DC (and anything I have said made any sense), this should be a good story anyway but in the wider context may not mean a great deal to you. Regardless, as always you can pick it up at your local comic book shop or through the medium of the internet and apps.

* I’m also not sure why the paper stock was different than what DC usually puts out.